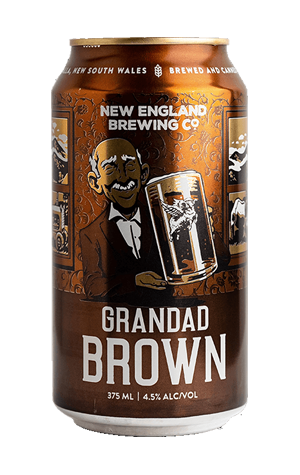 If you were to look for a beer style that would be well suited to the cooler climes of New England, casting your attention to what they drink in the cool climes of Old Blighty would seem like a good starting point. That’s exactly what the New England team did when they settled on a brown ale, creating something English in nature but Australian by virtue of its physical makeup.

Thus it uses the unfashionable Williamette hop, which serves to give the beer a gentle bitterness. But it’s the malt that’s king here, as pale, crystal, amber and chocolate varieties combine for a sleek beer with an easy-drinking sweetness. As a true to style brown ale, the beer is restrained at 4.5 percent ABV and seems to fill pint glasses perfectly.