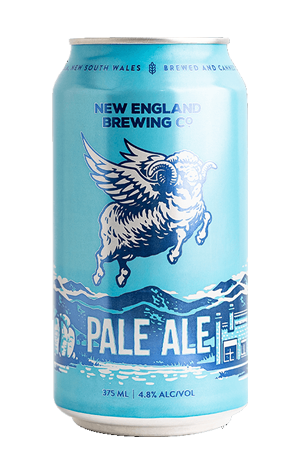 New England’s pale ale is a something of a hybrid, being based on the American form of the style but loaded up predominantly with Australian ingredients. Taken together they form a beer that’s not one of those massively aggressive pale ales which border on being an IPA but one with a more understated nature that simply shoots for balance and fairly well delivers it.

The Aussie malt backbone lays the foundation upon which the hops – Eclipse, Amarillo and Galaxy – can team up and do their citrusy thing. The beer is adorned with a golden glow that almost beckons you in to discover that its true beauty comes from the inside.