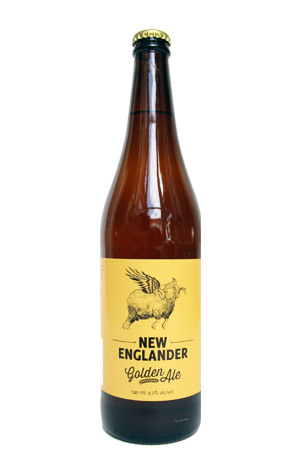 Before the core range was rejigged in mid 2017 and it lost its permanent place, New England's golden ale was something of a cult favourite. That’s because it’s a golden ale in the slightly more intricate Belgian style rather than the straight up-and-down, hop-forward New World style more commonly seen in Australia.

New England’s version is fermented with a mix of New England’s house yeast and a saison yeast, which leads to some strong floral esters, boosted by fruity notes thanks to an all Aussie hop regime. The aromatic complexity and a haziness from use of wheat malt are a slightly deceptive blow to your senses as, aside from some earthy characters, it’s actually a very lean and pleasantly clean beer on the palate. Add to that a dry finish which serves to bolster its refreshing nature and you’ve got a beer that’s well within the realms of being approachable while offering plenty more than your average Aussie golden ale.