Beer Bacchus To The Future 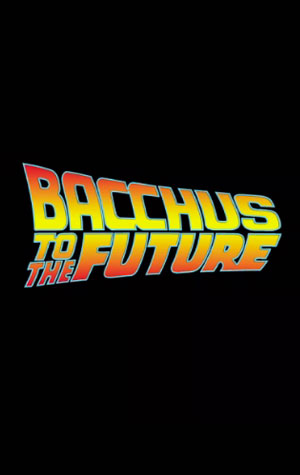 You can always rely on Brisbane's Bacchus Brewing to deliver something new or unusual. Often both at the same time. But, while such innovative and out there beers tend to be the result of using odd ingredients, pushing things to the extreme or conceiving an entire range of beers that take an idea to the nth degree, this time around Ross Kenrick and his team have added a new dimension.

The story starts last year with their event for Sydney Craft Beer Week. It was themed around Back to the Future and saw them ask for ideas for beers from fans of the brewery. Their 14 favourite ideas were turned into beers for the event and now, a few months later, they've brewed nine of their favourites again and put them into bottles. Among them are pithily titled delights such as 88 Limes Per Sour, Gimme A Milk Stout, Great Scott-ch, Hops Capacitor, Marty McRye and We Have To Go Black.

The fun doesn't stop there, however. They brought in Luke Soanes Media to create what they believe is the world's first "Craft Beer in 360 degrees" video. It features the beers and a chance to take a form of self guided tour of the Capalaba brewery. You can view the video on Bacchus Brewing's Facebook page with viewing best on a mobile phone.