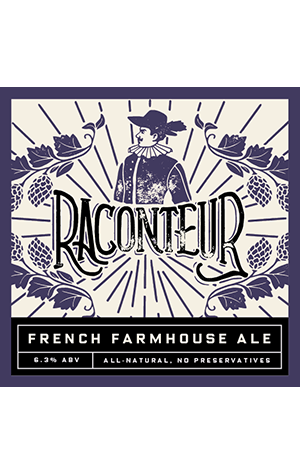 The Raconteur, Wayward's signature biere de garde, is the result of a lot of experimentation over many years; indeed, the first time The Crafty Pint met Peter Phillip it was over a few distinctly different home brewed versions of this beer as he sought to nail down the character he wanted before turning it into a commercial brew – essentially a more modern and sessionable interpretation of the iconic French biere de garde, Trois Monts. Thus the beer itself is in the style of a farmhouse ale with a Belgian yeast which gives off the corresponding esters, a malt profile that’s strong and biscuity, and spiciness from French Strisselspalt hops. For newcomers Raconteur is likely to be polarising but those who find it to their liking will revel in its complexity.