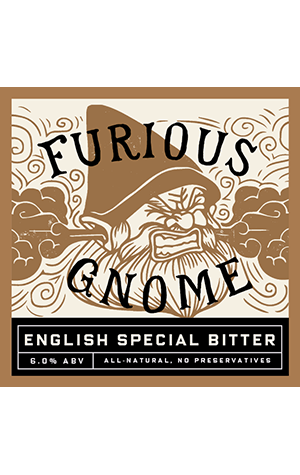 Stemming from a belief that beers of a classic English style are a tad underrepresented in Australia, one of the first new recipes to come from Wayward’s Camperdown brewery was the Furious Gnome Extra Special Bitter. Of course, in keeping with the mantra of the brewery, they couldn’t just keep to the classic style. But where to put the customary Wayward twist? The answer came almost by way of accident when a biscuit malt, different to any malt used in a Wayward beer before, was added to a test batch. When that malt is chewed raw it gives off an acrid coffee character but in the brew it imparted a flavour that sits somewhere between subtle smokiness, leather and tobacco. Beneath that the beer rolls along on a road paved smooth and sweet while off to the side you’ll pick up some lighter characters akin to the fruity side of a coffee bean. It might not have been exactly the beer that was planned at first, but sometimes things go your way when they go wayward.