Beer Newstead Brewing Out and a Bout Pale Ale 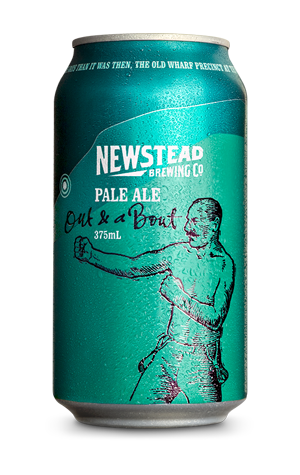 A beer named in tribute to the area in which the brewery is based and the man whose name is given to the street in which Newstead stands, is a pale ale with a punchy bitterness beyond that you'll find in pretty much any of its Aussie peers.

The hops delivering said bitterness are of the American variety, delivering pine forest aromas and flavours with some citrus poking its nose through atop a soft, lightly sweet malt base there merely in a supporting role.