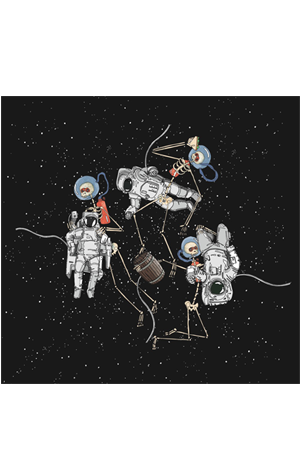 Step into a small brewery these days and you shouldn’t be surprised to see a barrel or two hidden away somewhere. Formerly used to house the likes of wine, whisky, rum and port, these vessels get given an afterlife by brewers keen to see what any residual woody, vinous or spirit flavours – not to mention any lingering bacteria – can do to their beers. But the barrel at the Nomad brewery in Brookvale is unlike most any other you’ll find.

That much is immediately obvious because, in comparison to what we’re used to seeing, it’s massive, standing as tall as a man. It’s also 40 years old, was imported all the way from Italy and was formerly used to house grappa. It’s been at the brewery since before the doors officially opened but, aside from being shifted around occasionally to make room for tanks, hasn’t done much since. What it needed was a good occasion in order to be christened and that’s what it got back in May 2015 when Nomad brewer Brooks was joined by compatriot Leo di Vicenzo from Italy’s Birra del Borgo and Logan Plant from London’s Beavertown for a three-way collaboration.

The story goes that Brooks wanted to use some native Australian ingredients, Logan wanted to use classic UK malts and Leo wanted something that would stand up to whatever the barrel would offer. Thus it became a strong ale based a little on tradition and a lot on freestyle brewing. Maris Otter malt was sought for a nutty flavour and aroma while naked oats were added with the intention of providing a silky and chewy structure. The native touch came via muntries – a sweet berry commonly referred to as emu apple – and bush tomatoes, which have a habit of appearing in Nomad beers. Throw in some Aussie Topaz and Summer hops, a Belgian yeast and the mystery grappa effect and you’ve got one properly international concoction.