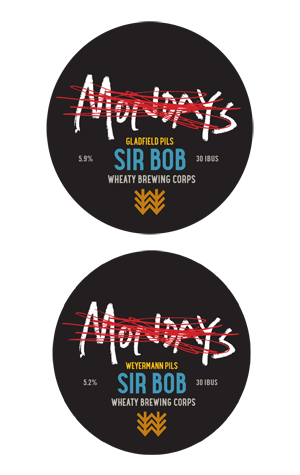 The basic idea for the beer remains the same – read about the original here – but the plan is to switch in different hops and malts. This pair features, respectively, malt form New Zealand's Gladfield and Germany's Weyermann.