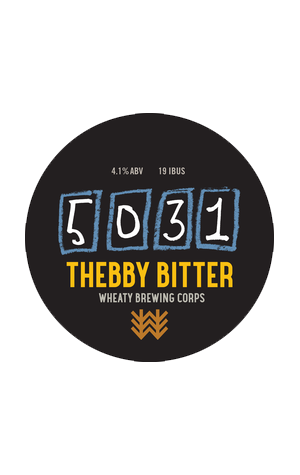 Brewer's notes:
We figured it was time to celebrate our light industrial suburb with a not-so-industrial Bitter. A hoppy, malty, bitey, bitter ale weighing in at a modest 3.9% booze. A heritage listed style brewed in the shadow of Mt Thebarton, within earshot of Thebby Theatre* and a mere stone's throw from our self-titled Tram Stop...

Thebby Bitter packs a fair whack of character into a small footprint; little beer, big flavour. With a biscuity malt backbone that just manages to hold those bitey, tropical Australian hops at bay, it strikes a balance of sorts. Though at over 10 grams of hops per litre, TB is undoubtedly heavy handed with hops - ‘Green Death’ in the best possible way.