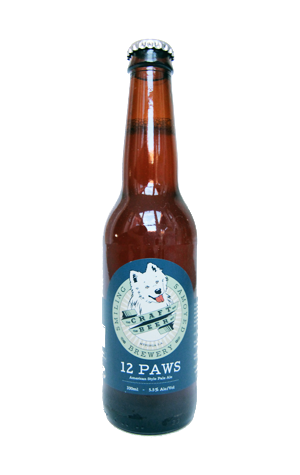 While it was the brewery's Dark Ale that took out the big beer prize at the 2015 Royal Adelaide Show beer awards, Smiling Samoyed's pale ale fared darn well too. The 12 Paws, named after their three Samoyeds, took the trophy for Best Australian Pale Ale.

The beer was actually designed as an American style pale ale but opts for Aussie and Kiwi hops. It's one of the beers Simon and Kate have been brewing and developing longest since their home brewing days and is a full flavoured blend of tropical and stone fruit hop characters and sweet malts that combine to create a nicely judged bitterness.