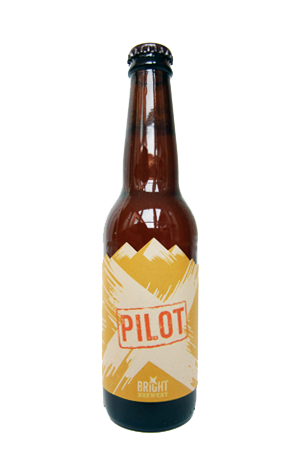 Back in the summer of 2012/13, Bright decided they should add a light beer to their offering. Then brewer Jon Seltin came up with Pilot Light, a beer inspired by low ABV English IPAs. On our last visit to the brewery in the heart of the Victorian High Country, it had been joined by a sibling. Pilot II still had the same low alcohol content, 2.9 percent, but used a paler malt bill and Aussie instead of English hops for flavour and aroma.

The new Pilot, designed by Jon's successor Ryan Tyack, has now usurped the English-minded original. And it's been bottled too. It's a hazy yellow beer in which heaps of Topaz hops grown nearby add distinctive tropically fruity aromas and flavours. It has a pleasingly full body for such a light ale and a hint of resinous bitterness drying things out, all making for a satisfying session ale.